I don't know the All In Wonder's functionality, but if you're going to compare it to TIVO, you have to compare a lot more of the features. Does the card allow you to record one show while watching another show that has already been recorded without dropping frames? Does it ATI ALL-IN-WONDER RADEON 8500 DV you to watch the show it is recording 15 minutes behind what its recording?

Is it always recording so that if I want to pause or rewind, I can. If after watching it for 20 minutes, I decide I'd like a to record it, is it able to record the entire show including the 20 minutes I've just watched?

If not, it aint a TIVO. I can Vid cap right now to my hearts content. But that aint TIVO either.

Don't buy it! I am the "proud" owner of a Radeon All In Wonder.

I bought it hoping to ATI ALL-IN-WONDER RADEON 8500 DV up a home theatre PC. I was looking forward to experimenting with broadcasting the video via Well guess what even though DirectShow has been out for a long time, there doesn't seem to be a lot of support for it -- even from Microsoft. The video capture software they bundle it seems to capture into a proprietary MPEG2 format that doesn't play on other computers.

If you want to share something you captured, you need to re-encode it. What, ATI's annual driver release not good? 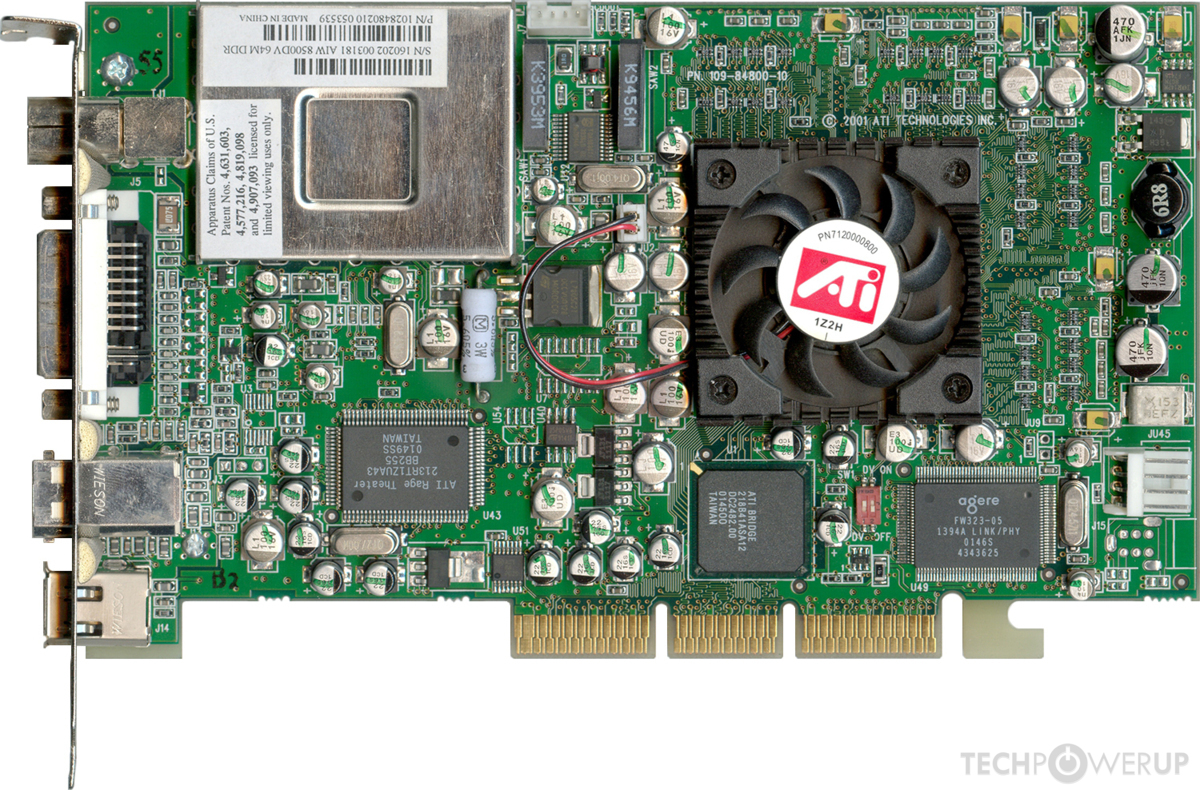 I quit buying ATI because of their horrible drivers and the crappy software that came with it. Their video capture software left a lot of room for improvment.

I own an earlier ATI All-in-wonder, and the drivers are indeed lacking in that they're flaky as hell. And hey, wasn't there a big flap about ATI optimizing their drivers specifically for Quake 3 not ATI ALL-IN-WONDER RADEON 8500 DV long ago in order to appear more competative while running everyone's favorite 3D office app?

Also, comparing ATI drivers to Creative is just downright cruel and unusual. I'm still waiting for an official read: It was great after I installed it, never had any problems ok, except with UT. Since ATI ALL-IN-WONDER RADEON 8500 DV thought the TV software could be better, I downloaded all of them. After installing the new drivers, my video signal would just drop whenever it felt like it.

Not playing games either, during normal PC activity. I couldn't get it back. My monitor gave the message "Video Cable Connected?

I had to reset the machine, and we all know how Windows likes that. I used to have no problems playing Ghost Recon, and after the driver install, it would only run for about 2 minutes before locking up. Several emails to ATI support went into the black hole. You blatently missed the "Custom" capture setting that you can, "customeize". This is not a troll.

Try capturing to stright DivX or some jazzy jeff alternative. I have with MPEG A friend had a Hi-8 camcorder tape of him playing with his dogs when they were still alive - the dogs, not my friend that he wanted to transfer to a digital format.